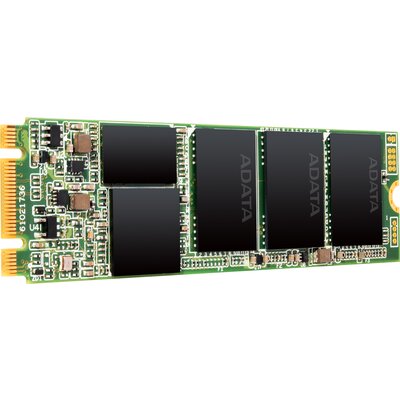 Implementing advanced 3D NAND Flash, the SU800 M.2 2280 offers higher density and bigger capacities than 2D NAND Flash SSDs. This means it's also more efficient and reliable with a better cost-performance ratio. The SU800 M.2 2280 comes in a wide range of capacity variants from 128GB to 1TB and delivers read/write speeds of 560MB/s and 520MB/s to accelerate PCs.

The intelligent SLC Caching algorithm allows NAND Flash memory to operate in single-level cell mode and boosts read/write performance. In addition, with support for DRAM Cache Buffer, read/write performance can be as much as double that of solid state drives that lack a DRAM cache, or in other words that can't use auxiliary memory as an SSD buffer for high intensity tasks.

Low density parity check error correcting code has been implemented on the SU800 M.2 2280, leading to a massive reduction in data errors and an equal increase in data integrity. It therefore protects your valuable content against corruption to a much greater extent than non-ECC SSDs or even SSDs that use basic BCH error correction.